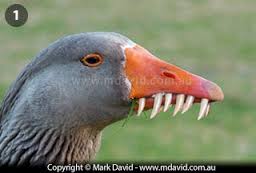 Sometimes I wish I had a tape recorder (old time recording device) with me at all times. There are so many awesome things I hear people say that I forget. Mostly it is my son Ben. He is regularly saying little things that make me laugh out loud. Sometimes he is trying to be funny….sometimes he is annoyed that I laugh.

Working at a school, cute sayings come almost daily. Walking past students I hear things out of context that sometimes really make me wonder about the child or their home life.  The best thing I remember hearing while working the cross walk was from a high school student. He was a tall, good looking kid. I remember him walking past with some friends saying, “the last thing I’ll probably say before I die is ‘watch this!'” I had to laugh to myself. That’s probably not too far off for many of the dare-devil kids today.

My brother was the dare-devil of our family. With three girls and one boy, I think he always felt like he had to try and even out the estrogen and testosterone levels all by himself. He worked hard at being dirty, active, and not a little bit wild. When he was pretty young, my sister and I managed to get him to eat dirt as part of his role as a duck. I’m pretty sure he saw it as a passage to manhood. We saw it as a miracle.

When my sister and I went on a girl’s weekend to Vegas many years later, we saw my brother’s dopple-ganger at a comedy club. This guy didn’t look a whole lot like my brother, but his stories were definitely the same. He told a story of when he tried to fly off the roof wearing a dish towel. His excuse for crashing was that the towel had a picture of a goose on it. He blamed his mom. Totally something my brother would have done, including the blame part.