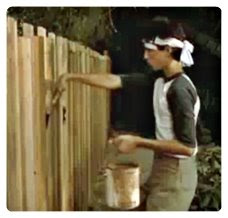 It’s getting warm here in Arizona. I know, my friends in Colorado and Minnesota have no sympathy for me. We’ve been wearing shorts for months while they sludged through banks of snow. It’s all very glamorous and enviable until summer hits and we start melting into the pavement as we walk to the car. I’m surprised Arizona doesn’t have more sociopaths than we do. Nobody wants to go outside, let alone be with people during the hell months.

Interesting fact, we were actually talking about sociopaths at school today. No, not in my class, although I’m sure my students would have a lot to say about that (and every other topic), it was at recess with the teachers. We usually split up and observe different quadrants of the playground to keep students from doing tricks that will hurt them. Today, we were all summoned to the same area for once. No one ‘called’ us there, but when you are a teacher and you see several students, mostly boys, huddled around something on the ground….you go see. You just never know what you will find. Today, it was a couple young geniuses using a cheap magnifying glass to fry ants. Now, we don’t have a lot of playground equipment out there, so we do ask the kids to be creative. Creativity is very open to interpretation. I decided to play upon the students’ sense of fair play by pointing out how they would feel if something much bigger than them decided to ‘burn’ them for no reason. My fellow teacher took another route by informing them that people who burn ants as children turn into sociopathic serial killers. Tomato, tomahto. After a bit of thought, half of the ‘burners’ went to do something different and the remaining bunch decided to burn each others’ hands. Success takes many forms and is open to interpretation I suppose.

One of my students got tattled on for cheating on a computer test. I had logged into the teacher account on the computer he was using and it kept resetting to that while he did his test. He did the logical thing: use the teacher answers. When I asked him about it, he said, “but I didn’t get caught.” He saw nothing wrong with what he did because he didn’t get caught doing it. I had to stop for a moment and think about it. He was being perfectly serious. I asked him if I found $5 in  his desk and no one saw me take it, would it be wrong of me to take it? He said no. Only the things we get caught doing can be wrong.

How do you handle someone that has no sense of right or wrong? The majority of my class is fairly mature and fair minded. I trust them to do the right thing. Here were were, at the end of the year, and I discovered a student who had no idea what integrity or honesty is. How did I not notice this?

The really sad thing is, I don’t think this kid is an anomaly. Looking around the world today, there are way too many examples of people who have no idea what the right thing is. They lack integrity because they haven’t been taught that there is right and wrong, black and white, good and bad. We, as a society, have been so worried about making sure everyone is treated fairly, cheered on, given a trophy just for showing up, that we have forgotten about integrity.

Is it too late to take back those participation ribbons? Can we go back to chores without pay, pulling weeds for bike riding time, teenagers with jobs instead of handouts, and activities that are ‘active’? I think we should try. We need to get up and do something with our lives and stop waiting for someone else to take care of us, fix us, or pay our way.

This is such a good idea, I hope I get a prize for coming up with it. I’ll put it with my other prizes on my shelf above the mini-fridge and Xbox.