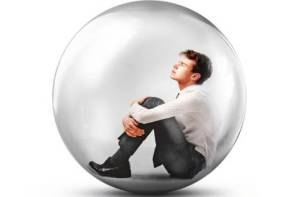 I remember the first cell phone Brad and I got. It was a big as a brick and had an antennae 1o inches long. I don’t remember why we even got it. I think it was to be able to check in with the babysitter while we were out, but I honestly don’t remember even using it. It was just a cool thing to have I suppose. We went through the typical cell phone evolution; flip phones, blackberries, droids….and finally an Iphone. I know, for those of you that are true computer/tech geeks, you see a back step there. Deal. I know I am technology challenged so the apple products work for me. Usually.

I actually really like my Iphone. It has an external battery so I can go days without recharging. All my communication methods are housed in that one little pocket sized box. I get email, texts, messages, game requests, Facebook, and even a phone call now and then. I sometimes feel like the kid from Spy Kids with the amazing watch that could solve world hunger but couldn’t tell time. What’s a phone call?

Truth be told, I don’t like talking on the phone. When I was a teenager, I was on the phone a lot. I remember stretching that once curly cord as far as I could to get privacy while I talked to friends, boyfriends, strangers who dialed a wrong number…..but that’s another story. I loved talking on the phone back then. Now, not so much. In fact, many times in the past I have met someone seemingly cool online only to sever the relationship because they wanted to talk on the phone instead of text. Am I lazy? I prefer to think I have better things to do with my time than focus on only one thing….or maybe I know I can’t possibly give the person on the phone my full attention so I avoid the guilt. I don’t know. Don’t call me, I don’t want to talk about it.

A friend at work recently gave up Facebook for Lent. I think it is cute that she is so devoted to THAT part of her religion….enough said. I asked her how it was going and she said it was brutally hard! She realized she had been totally addicted to Fb. She checked her phone every time she had a spare moment, literally. I listened as I checked my timeline. Yes, very interesting, addiction, bad.

A few days later, as I scrolled through the “immensely important things happening in someone else’s life” on Fb, I was suddenly subjected to a video that I found very disturbing. The video wasn’t porn or anything like that, it was a video of a child getting hurt (or dying), shown in an attempt to educate parents. So it said. I was horror struck. I don’t watch horror movies or even scary movies because…I’m a baby. This video was real. It was horrible and I could not shake it from my memory. I cried. I sang songs, imagined waterfalls, went outside….anything to purge my brain of what I had seen. It really didn’t work. The images are still in my head.

I decided to delete Facebook from my phone then and there. I admit there was a moment of panic when I saw that big blue F disappear, but I did not want that kind of thing to happen again.

An interesting thing has happened since I deleted it. I still have it on my desktop, so I still check in now and then. I will still be linking this post to my wall, but I don’t see as much. I don’t know what my long lost acquaintance from high school is wearing in her next marathon now. I don’t know what that guy from my college class seven years ago is doing with his kids this weekend. I don’t even know the latest video from BuzzFeed. I’m actually okay with all these things. The thing that makes it hard is the feeling of loss I am experiencing. I realize now that I was using constant FB updates to fuel my feeling of belonging to a community of friends. People that I felt cared about my every move and mood. People that were waiting to see pictures of my kids, my food, or what I had found on Pinterest. I no longer have that feeling of worth when I see someone liked a comment I posted. I no longer feel wanted because I have ten new game requests. I no longer have friends.

If it sounds extreme and depressing, it should. I have obviously been using Fb to mask the fact that I am in a bubble. A bubbly of family, home, and work. I don’t really do much else. But, when you think about it….isn’t that what life is really made of? Do I need someone to tell me I’m a great mom because I took my kids to the movies? Do I need so have strangers approval before I make that zucchini spaghetti for dinner? Does it really matter to anyone else if they never see a post from me again? Probably not.

Like I said, I haven’t gone completely of Fb, I do still want to have a toe in the social media world. I’m not ready to go back to the brick phone with the antennae. There are times and places and even real uses for Fb. I just think I need to take a deep breath and live in my bubble and maybe, every now and then, poke a little hole and go out and be with real live people. Cause I said so.