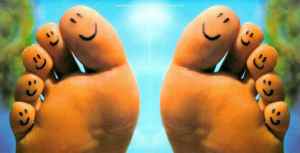 This week was brutal. I am just plain exhausted. It is only the third week of school and I feel I have been fed through a meat grinder, stuck in a blender, pounded with a jackhammer and then pushed through an old time clothes washer. My whole body aches. So, this is what it is like to be a real, full time, from the beginning of the year, nobody else to blame, teacher. Holy heck.

I love what I do, I really do….but it is not a small feat to teach thirty pre-pubescant-just-barely kids all day. They would all much rather be home playing video games, running around like animals, eating Cheetos, or sleeping. I have to constantly change my ‘dog-and-pony” dance to keep their attention. We did a ton of testing over the last two weeks and everyone’s brains were fried by the end of the week.

There were many high lights, but the one I will share happened today. I had invited a friend from the community that is running for City Council. Should I mention him here as an endorsement? Okay, I will. It was Trevor Hansen from Mesa. I kinda knew him because I kinda knew his wife a while ago when I kinda knew her mom at church. So, yeah, we are reeeeal close. We’re talking, Facebook close.

I messaged Trevor on Facebook and asked if he would come speak to the kids about being a leader in the community, the importance of making a difference, how to give a speech, and how to write a speech. My admin gave him two five minute slots and a half hour Q&A with the fifth grade. I really had no idea what to expect, but figured it made me look good to have community involvement. yay me!

He was basically amazing. He talked to the kids like he was one of them, bloody toes, gross stuff, acting tough, anti-bully stories….the works. The kids ate it up and didn’t want him to leave. The clencher was when he showed them a picture of his toe which he almost cut off.

Trevor wasn’t there to get votes or tell kids about issues or even to sway any parents lurking in the background. In fact, he was speaking to an audience that lived outside the city he was running to help lead. He came and talked to them because he really is a great guy that really does care. He gave them examples of how to be a leader and a good follower. At one point, I got chills. It was exactly what we wanted…and we didn’t even know it.

My kids came back to the room fired up and ready to run for mayor of our city at our JABiztown field trip. I had about three wanting to run before he came, now I have fifteen. I’d say he did his job well. For free.

I’m not here to promote anyone or be all political or anything, but this is a guy that is a real guy that really cares and….I just may vote. Cause I said so.

One thought on “Toe chops”