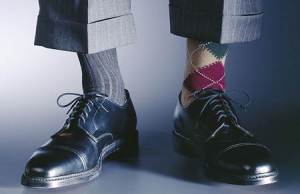 My kids are amazed when I tell them I grew up without a computer or the internet. They can’t imagine life without the conveniences they have. My son likes to tease me about having to write things on stone tablets. Something that is funny when I tease MY parents, but not so much for me. I’m still a young chick in my mind.

My sons are both really into technology. My oldest son went to a local Vocational school and got certified in some sort of computer “geek-squad” thingy. My other son is just very gifted….maybe due to the hours he spends in front of that blinking screen? Who can tell. I remember talking to him a few months ago about “port-forwarding.” He wanted to do it and I didn’t have a clue what it was. All I knew was that there are ways you can mess up your Internet and I didn’t want him to do it. I sat down with him and asked him to explain the process to me very clearly. He did his best, but I was still clueless. He looked at me with an exasperated look and said, “It’s like talking to a monkey.”

Yes, he got grounded. And no port forwarding happened.

I consider myself to pretty computer literate, in the areas that are necessary for my existence. Namely, uploading pictures to Facebook, shopping on Amazon, finding cute pictures for my blog, and checking my email. Anything other than those things are really just sprinkles on the already frosted cupcake of my life.

Recently, I enrolled in a few online classes in an attempt to finish my Bachelor’s degree. It’s kind of neat how quickly I can get through a class when I don’t have to get dressed or leave my house. Things were going along quite nicely until this last week.

For some reason, the technology demi-gods decided it would be fun to mess with me. My internet has slowed to the speed of a sleeping snail, files I need seem to have renamed themselves in an attempt to be funny, and all the articles I had saved in my online library account for the research paper I have due Sunday night have put themselves into the witness protection program. I am left with three days to completely redo all the hard work I put into this paper over the last two weeks.

Okay, I have to be honest. I worked on my paper about 47minutes last week and then ignored it until today. But I was serious when I said all my articles are gone. They have been locked down due to ‘personal information’ that somehow manifested itself in between the lines of incredibly boring psycho-babble. Like anyone would read that stuff, let alone comprehend there was hidden treasures of identity in it. Bother.

Thank goodness I am on Fall Break from my job. Its times like this when I wonder how in the world I work and have a functioning home at the same time.  I guess the point is, my house doesn’t ‘function’ very well. I mean, we have clothing that is sometimes clean, food that is sometimes cooked, and toilets that are sometimes scrubbed, but all in all we are a walking time bomb ready to explode into a pile of missing socks and old milk. Life could be worse I suppose, I mean…I could be living in Globe or something…..been there, done that. Cause I said so.

launches a project every month