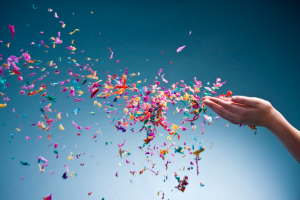 It is officially summer. No, not because the kids are out of school (4 more days), not because the temperature has climbed to 100 degrees, not because the water park is open,…..no, I know it is summer because the kids have started telling me they are bored. It never fails. Even the hint of the upcoming days of freeform lounging cause my kids to lose all creativity. Don’t get me wrong, I am not one of those people that claim I was never bored as a child. I had plenty of days when there seemed to be nothing to do. It only took me a few years to raise my parents and then I had loads of free time on my hands. (they were fairly quick learners)

It sometimes amazes me how small we try to make the world. In this vast, wonder filled world, we tend to only see about three or four feet in front of our face. Television, computer, cell phone, game boy…..even at times a book….that is all we can see. We can’t see through the window of the world and see all the amazing things we could be doing. When compared to all the knowledge and talent out in the world, I really don’t think I know a thing. Do you?

I remember when I was in my cultural diversity class a few semesters ago. I really had no idea what a small little world I had been living it. One of our assignments was to bring in a children’s book from our own library, that was multicultural. (this may have actually been from my children’s lit class but….the point is the same, so carry on…) I have a lot of books in my house, and I was very surprised to find that I didn’t have any multi cultural books. Without even knowing it, I had been teaching my children that we lived in a very small, white, middle class, American box. I went right out to the library and started checking out books about other cultures and story books with multi cultural characters. Just doing something simple like that teaches our children that the “family of earth” is much bigger, brighter and full of differences. I think it really helped. We have continued to branch out in our reading to try and learn things about different cultures and peoples on our world.

At Family Home Evening the other week, I challenged the kids to decide on two different things they wanted to learn or learn about this summer. I don’t want us to sit around and sleep all day and get to the end of the summer with nothing to show but a few extra pounds and a decrease of our brain power due to lack of usage.  Several ideas were thrown out like, Learn Spanish, eat food from other countries, and my favorites (from Ben of course) go hang gliding and visit Brazil. If only, buddy….

Although we will not be doing either of Ben’s idea’s ‘directly’, I do plan to try and help him learn about Brazil and maybe fly some model airplanes. I like that boy a bit too much to send him up on a hang glider….He might never come back! Cause I said so.