I heard on the radi 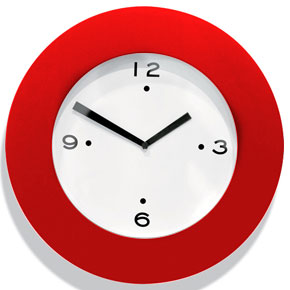 o today that only 30% of Americans make new years resolutions these days. My first thought was….how in the heck do they know that? My second was…why would that be true? Has society failed so many times that the majority of us have decided to not try anymore?  Or maybe, we are all so dang perfect already, we don’t have anything to work on. THAT is probably it.  The wise guy on the radio also said that a huge majority of the few straggling resolution junkies fail or give up within the first four months of the year.  Sad, very sad.

I think the problem here is a lack of understanding on what a resolution should be (according to ME). I do not, I repeat, NOT believe that messing up one time nulls a resolution. I look at resolutions and goals as more of a guideline or something to aim for. If at first you fail, you try another approach. Maybe some people make such ridiculously hard resolutions that when they fail they just don’t have the energy to try again. I try not to do that. My first goal, as I said before ( I think) was to get to bed earlier. I did great the first night. In bed by 10 and awake half the night. The next night I was up til 10:30 cause the movie I was watching wasn’t quite over (Queen to Play, quite good). Tonight, I went to the temple and then had some A-Mazing cocoa from Estaban at Denny’s in Mesa (go see him!) and it is….just after midnight. I’d call it an epic fail at my resolution in some people’s eyes. But not to me! It just means I have to plan better tomorrow. I’m not giving up! I actually enjoyed the morning hours without exhaustion I experienced this week. I’m gonna keep trying to hit those sheets earlier. I can do it! Just….not tonight.

Besides, my resolution was to TRY and get to bed earlier MOST nights. I know I will go out on the weekend now and then and be out late. And then there is my trip to San Antonio where, I most likely won’t sleep at all so….I planned ahead when I made my goal. It’s still a good goal. I’ll make up what I lost in sleep tomorrow during my massage….golly, what a hard life I have…..cause I said so.