The future is a lie 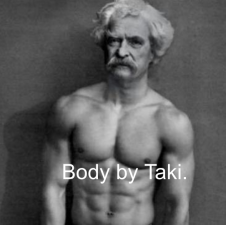 Do you ever wonder how rumors start? How do things get blown out of proportion or just plain wrong? Teaching children can answer all your questions. I am there to be the teacher, but I learn quite a bit from these little partially formed brain creatures.

It’s the end of the year, almost, and I’m in my element. The big bad ‘state test’ is over and I can focus on what I really want to teach. You guessed it, we are taking chances, making mistakes, and getting messy. AKA: Projects. History, Reading, Math, Science…I can make a project for any subject. Show me the box and I will not only get out of it, I’ll jump on it until it’s flat and covered with glitter paint.

Something happens to students when you let them have fun at school. I’ve had these kids all day, almost every weekday, for…8+ months. This week, several of them have told me they are finally happy to be at school. They are begging, BEGGING, to do science. Even my    toughest kid is willing to actually work so he can get to the reading and science part of the day. It’s sad to me that this kind of stuff doesn’t fit nicely into the curriculum box I’m given. True…in years past I have jumped in and out of the box because I had the gifted kids, but this year has been harder with the mixture I was blessed with. #allevenclassessuckforeveryone

When kids are given the opportunity to learn how and what they want, their confidence in mundane things soars. Let me give an example from today. We were reading in our history book about Westward Expansion and the effects of mining on the growth of the West. One of my students jumped out of her seat because she found an answer to a question on the study guide. She was SO sure of herself, she walked around the room pointing out the evidence in the text. It was beautiful! She was completely wrong. BUT, the fun part was the major tangent this led to. The question was “who prospered most from the mining?”. Her answer was Virginia City, Samuel Clemens. I’m not even kidding. In case you are among the few people in the world that still live under a rock, Samuel Clemens was the original name of Mark Twain. In case you still don’t know who that is, he wrote Tom Sawyer and Huckleberry Finn. Still lost? Google.

In the process of clarifying the correct answer to the question (punctuation has a purpose), my class got into a very heated  conversation about who Mark Twain was. In spite of the fact that I had a somewhat reliable history book in front of every student that said he was a writer, they all seemed absolutely certain he was an actor. In fact, they swore he was in the recent movie Dunkirk.  (insert blank face emoji here)

I did what any resourceful teacher would do and pulled up a short documentary for kids on Mark Twain. It was pretty clear. As I looked around the room, expecting to see understanding lightbulbs appear over each student’s head, I saw many of them shaking their heads in denial. Nope, he was an actor. The documentary was wrong. Seriously?

Several students assured me that all I had to do was put on the trailer for the movie and I would see for myself that Mark Twain was an actor in the movie. I have my limits. I didn’t feel comfy watching the trailer at school, but I did go to the all-knowing movie sight IMBD and let the students see the list of actors in the movie. Nope. They were not budging on this.

I finally gave up and told them they were all crazy and that we were going to agree to disagree and move on. Okay, I didn’t say “those” words, but we moved on. It was amazingly frustrating and enlightening, all at the same time.

I’ve often wondered where weird ideas come from, and how they spread. Apparently, the answer is 5th grade. Left to their own devices and thoughts, this generation will propagate the idea that a  great author from the 1800s is actually a modern day actor that appears in war movies. I did what I could, but I have to wonder how many of them are just going to go through their lives shaking their heads at the crazy people that think he was a writer. What other weird ideas do they have about the world? Did Micheal Jackson invent chocolate? Can white boys jump after all? And maybe you don’t really have to do anything great to get a Klondike bar?

It’s frightening, really, to think that the future of our world and the history that will be remembered is in the hands, minds, and mouths of these kids that think Takis are a food group, slime is an art form, and no one is really accountable for anything they don’t want to do.

I can’t wait to see what I learn tomorrow….cause I said so.

One thought on “The future is a lie”