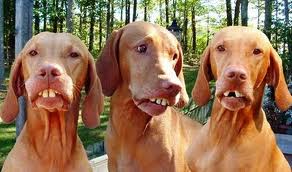 I’ve seen a lot of comic-strips and humorous books that make fun of women. Or rather, they make fun of men who are trying to understand women. These books or movies or what have you imply that women are just too complicated to be understood. It almost seems like there is some underhanded man mojo agenda at work here to give men an excuse not to try. Think about it. Every woman knows that men (in general) purposely do things wrong so they won’t be asked to do them again. I think I read an article back in the nineties that said 70% of men actually admitted to that being the case for them. That was back in the nineties so I am sure with all the technology and brain growth the world has experienced…the percentage has gone up. Guys are sneaky…But, today I am here to burst your bubble. I’m gonna tell you our secret.

Yes, women, we have a secret. I know many of you are probably thinking frantically to yourself…”what is my secret??” That’s because our secret is SO secret, we don’t even know what it is. We are the Queens of keeping things hidden from everyone, even ourselves. I myself have a virtual warehouse full of things in my head that I completely ignore the existence of. It’s a gift that comes with girl parts. We can’t explain it, nor do we want to.

Anyway, back to our secret. Men are always wondering what women want. Mel Gibson thought he had it figured out but, he’s a weirdo. Some men may think it is jewelry or candy (seriously?!), or flowers, or sappy poems. Yes, these things are all nice and I will gladly take them all, (minus the candy cuz I’m on a diet….), but those things really aren’t the point.

As far as I can figure it out, this is what we women want.

We want a man that takes care of himself as much as we take care of ourselves, without being a vain jerk. (why would we want a sloppy Jo?)

We want a man that is big and strong, without being in love with his own body. (or having boobs bigger than ours)

We want a man that will laugh at our jokes but NEVER at us. (so not cool…)

We want a man that is smart and educated but simple enough to let us tell him how things work.

In a nutshell, we want a man that makes us feel like we are the queen of Sheeba while still looking like a prince themselves.

Tell us we look nice, compliment our hair and make up and nails and all, but don’t show up in your cutoffs and a dirty shirt. Put some effort into it guys. Would you want us to look like we just rolled off the back of a prize pig? If you do….there are certain women out there for you. I just don’t know them.

It comes down to giving what you want back. If you want someone that looks good and acts like a civilized person, do the same for them.

(This post was inspired by my friend that is on a single’s website and is always getting hit on by guys that look like they are sons of their cousins mothers’ brothers. If you know what I mean. Bearded hobbits that have grass in their teeth and all that. It isn’t attractive. Take a shower.)