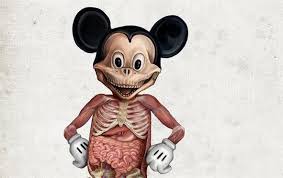 It’s been a while since I shared some things I have learned. I don’t want you all to think I’m not learning, not using my brain, not expanding my understanding of the universe, so…here it is. The top nine things I have learned lately, in no particular order. And why nine? Why not? What’s wrong with nine? Don’t be a nine hater….sheesh!

1. Puking blood is not fun. I didn’t actually have to experience this myself, but after watching the movie The Impossible (scary real story) and hearing the kids at school talk about puking blood, I was able to deduct that it is not something I want to do now nor at any time in my foreseeable future.

2. Time travel is possible. I learned this a couple of times in the last two weeks. It took me WAY longer to drive TO Phoenix than it did to drive home. I am positive that this is proof I time traveled on the way home. I haven’t figured out HOW I did it, but I will be sure to share those results when I get them, for a small fee that will cover my traveling to Hawaii.

3. Sisters make good friends. This could be news to some of you out there, especially those without a sister. (Boo for you.) Sisters are almost required to listen to you, they understand your lingo, and they can’t look too judgementally (tell my computer this is a word) upon you because they come from the same gene soup.

4. There is a reason women don’t typically have babies after they turn 40ish. I love having my grandbaby around but he wears me out! I remember being able to be a mom to a baby but…. I don’t know how to do it any more! I guess that data was purged to make room for new stuff like, how to program my ipod.

5. If you say the word gullible real slow it sounds like oranges. Okay, not really, but apparently everyone heard that joke ten years before I did so I had to share it in hopes that there is one more person out of the loop like I was. You’re welcome.

6. Causing someone to become ‘befuddled’ is almost as fun as making someone laugh. Example: At the Train concert tonight, I went to the ‘merch’ stand to get my required concert t-shirt. (proof I was there!) and when the guy brought me the credit card slip to sign, I informed him I did not give my signature out. He looked a bit perplexed, so I explained that I didn’t give it out for free. Didn’t he know who I was? He looked even more confused and looked around for help, only to be asked by the other guy working the booth, “don’t you know who she is?” with a rather condescending tone.(kudos to random guy for playing along!)  The poor guy had finally reached complete befuddlement so, I decided to go ahead and sign the slip. I told him me might want to try and hold on to it tho, cause it was worth money.(Not a lie!)  My sister and I walked away shaking our heads at the poor guy that didn’t know who I was.  My work there was done.

7. Some people should have whiskers. Not for the ‘pleasing of the eye’, and not the manly type. I’m talking about women that don’t realize their true size and decide to dance like no one is watching in a space that is only big enough for them to stand in. This not only causes embarrassment for those unfortunate enough to not see her large blue shape coming at them before they are side swiped, but also extreme frontal lobe pain by those in her group. Just saying, only move as far as your whiskers are wide honey.

8. Sleep is not over rated. It may be under appreciated, neglected, interrupted, and skipped, but it is a powerful thing that will catch up to you, knock you down, and drag you into it’s dark depths when you least expect or want it to. It could happen at any time…while driving, while taking an important test, while talking to that officer that brought you back into the store with the unpaid groceries, or even while typing your very important blog.  I’m personally being hunted by it now and ….there is no where to hide.

9. Drama is only good on screens. In real life, drama is not fun, not wanted, not enjoyed, and frankly not tolerated anymore in my life. The next  person that brings me drama will be drawn and quartered at sun rise. Or, at least bludgeoned with a sock of butter until they are fully greased. Cause I said so.

2 thoughts on “state of grate”