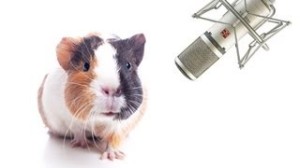 I just got home from watching the movie “The Words.” It was one of those movies I knew I would love the moment the preview started, months ago. You might think it was because it had two of my all time favorite actors in it, Bradley Cooper and Dennis Quaid, and yes that is part of it, but it was also because of what it was about. I love words. I love reading, writing, and hearing words. I knew the movie would be good and it was. It’s the kind of movie that gets into my head and simmers around for a while. It made me think and ponder and feel that familiar ache to write something of value. It isn’t enough to just be a writer for me, I want to make something beautiful. I want people to read my words and come away feeling like their world got a little bigger or clearer or fuller. Go see the movie.

Maybe part of the reason I loved the movie was that I ‘knew’ I would. In contrast, the people that sat behind us in the theater came in with a different attitude. They started off by saying they thought the movie was going to be stupid. Why were they there? Let’s think about that. After the movie, they mentioned that they thought it was stupid. Why did they stay? There might be ‘stupid’ somewhere in that equation, but not necessarily in the movie part.  The point is, we do tend to find what we are looking for.

I was looking for a story that would inspire me and let me see the inner struggles of a man with passion. Wow, that sounds like an entirely different movie, but hopefully you know what I mean. Seriously, would it even matter if it HAD been stupid? Let me say again…Bradley Cooper and Dennis Quaid…..

Perspective is a funny thing. I had a run in with it with the third grade this week. We have moved on from Alice in Wonderland (thankfully) to Trumpet of the Swan. Did your gears just jam? Yes, that was quite a jump. I’m not sure who is in charge of curriculum but….enough said. The story is cute, but not my favorite. I’m not very fond of talking animal stories, movies, etc. I liked Babe, but….that was because of the old guy…what’s his name. Anyway, we were reading about how the swan used her big webbed feet to smash down the earth to make her nest ready so she could lay her eggs. One little boy suddenly sat back and started going on and on about how gross it was.

“She is going to crap out an egg! That is so gross! She is crapping out her baby! So sick!”

He wasn’t going to let it drop, so I gently said to him, “Dude, where did YOU come from?”

The boy stopped with is mouth open, and his eyes widened. “I don’t even want to think about that!”

The rest of the group (mostly girls) laughed almost uncontrollably for a while. It was awesome. I don’t know if he suddenly decided it wasn’t so odd or gross to ‘crap out a baby’ or if he just washed the whole thing from his mind, but his attitude changed. It was funny and a titch uncomfortable for a moment, but I think I handled it well. The sped teacher in the corner just smiled and rolled her eyes so…there it is. I think his crazy little side note comment actually added a bit of interest to an otherwise boring book. Talking animals, bah humbug.

Trumpet of the Swan has yet to rock my world, and I doubt it will, but maybe I should change my attitude about it. Practice what I preach and all that rot. Maybe it will be the book that changes my life for ever.The planets will align and my novel will be suddenly finished and fabulous.  Then again….maybe it’ll make me resolve to never read a talking animal book again….cause I said so.

One thought on “ugly duckling”