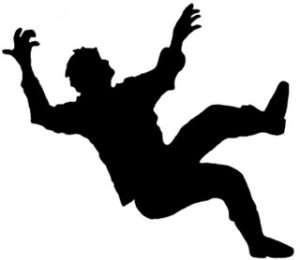 There are many mysteries in the universe. Dinosaurs are one of them….I don’t believe in them. I just don’t see their purpose in the grand scheme of things. Don’t get me wrong, I believe they ‘lived’, just not on this planet.  Their remains were just imprinted on the pieces brought together to form our world. Go ahead, spam me….

There are other, more pressing mysteries that actually matter to me, like why is it that we pay over $10 a gallon for bottled water when we can get it from the tap for pennies? Why is it that almost everything tastes better with cheese on it, and why is it that Hollywood will spend millions of dollars taking a perfectly good story and making it into a completely stupid movie? I’m not going to talk about Twilight here, but ….it definitely fits in that category.

I have been at home all day with Ben, supporting him in his ‘day of clear liquids and cleansing’ and figured I should spend some time with Sarah. We ran off to a late movie that I ‘thought’ would be good. I had read a few reviews and everyone agreed that the special effects were outstanding. I forgot one very important thing when reading the reviews. It’s like when someone is trying to set you up with their dorky cousin. “He has a great sense of humor….” What they are really saying is that he a complete dork but he can laugh. When the reviews kept going on about the amazing special effects….I should have wondered where the comments were about the plot, story, acting, music….etc. Apparently, there was nothing good to say about those things.

Snow White and the Huntsman….sigh….I really feel back for Kristin Stewart. She isn’t a bad actress….not really. She just tends to end up in really stupid movies that have directors that must tell her to just stand around, sigh, and look uncertain.  True, there were a few moments in this movie when she really stepped up and shone, but the directing and lack of ‘complete story’ caused it all to look like a confused mess.

I think some movies are like abstract art. Although it can be fun to sit back and look at a piece of abstract art and wonder what the artist was trying to tell us, in a movie…I’d rather just be told the story instead of leaving the theater wondering what the heck just happened. If I really want to be lost in a movie I can just play The Gods Must Be Crazy over and over and over until my brain leaks out my ears. I can probably watch that for free on NetFlix too so, it would have saved me $13 and snack $.

It really disappoints me when I feel like I wasted my time at a movie. True, sitting on your butt, stuffing milk duds into your mouth, and staring blankly at a huge screen is hardly what one might consider ‘productive time management’, but I think you know what I mean.  I’d like to come out of a movie feeling energized, inspired, motivated, uplifted, and lacking a splitting headache and numb ears.  It is getting harder and harder to find a good movie like that. It really doesn’t make sense either. We’ve learned so much about the psychology of mankind and how to influence people…we just don’t use it. Instead, it seems that movies focus on technology and flash cool stuff in our faces for an hour or two and call it entertainment.

I came  home from the movie with a splitting headache, again. I’m not sure if it is from sitting too close (I like the row where I can put my feet up on the bars), eating FOUR milk duds, being tired, the flashing screen, PMS, or just the fact that I was straining SO hard to make sense of the movie. Yes there was a story…and it was fairly simple, but there were so many holes and times when Sarah and I laughed out loud in disbelief. It made me sad. I wasn’t really surprised at the end that the only other person in the theater, a lone guy, ran out the exit door as soon as the credits started. I think he was afraid someone would see him there and think his brain had left his head…..cause I said so.