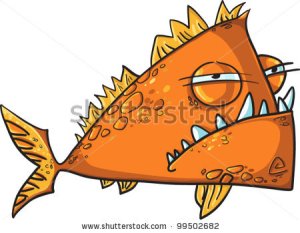 When I was a newlywed, I lived in Texas. I love Texas. Texas is it’s own little world. People in Texas are not as concerned with the rest of the world as the other 49 states. They do what they want, how they want, when they want, and as big as they want. It was a great place to start a new life and a new family. We moved there to be close to Brad’s dad while Brad went to college. UT Arlington. It was a good school, I hear…..I didn’t have the best of luck there.

When I first tried to get into classes, it was already January so the pickings were slim. I was an art major at the time so I really wanted to get into art classes. (I know, picky me.) The advisor I talked to ASSured me that the ‘graphic design’ class he signed me up for was full of awesome drawing instruction. The only thing that was full was the advisor…and he was full of crap. The class was three hours of tracing letters onto really thin paper. I didn’t actually pull my eyes out, but I came close. The other ‘fun’ art class I managed to score at UTA was an art history class in which the instructor felt the need to avoid any art that showed bodies with clothing. I was young, and a bit prude, and tried to talk to him. He ended up being the dean of the entire art department….so I ended up changing my major.

I didn’t only try fun classes at UTA, I also tried some big brain classes like “Psychoanalyzing Psychoanalysis” and “Algebra.” The first “PP” ended when I argued with the instructor that surely not EVERY classic piece of literature had homosexual undertones….He wasn’t convinced. The Algebra ended even sooner when I realized the teacher was actually a non English speaking person. Math is hard enough in English for me….Korean is right out.

Math is on my mind tonight. It feels a bit like an anvil at a rakish angle, if you must know. I’ve whined about math, avoided math, danced around math, and finally jumped into the last math class I need to get my AA. My teacher is great. She has the patience of Job and the voice of a girl from Utah. (LOL) It is an interesting feeling to sit in a room with other people and listen to things that should be easy to understand….and realize your brain just got up in a huff and left through the back door. I have to hold my head firmly in my hands to avoid giving myself a serious concussion when it feels the need to bang itself repeatedly on the table.  The math we are learning is stuff people really should know. Interest rates, taxes, statistics, etc. The fact that it has ‘real world’ applications is it’s only saving grace. I really don’t know why it has to be so difficult. And the bigger question is….who figured this stuff out?

If nothing else in the world makes you believe in a higher power, come take this math class. Seriously. There has got to be someone really really smart coming up with all these formulas and equations and crazy numbers….that has to be how the universe stays in such a beautiful balance….or maybe someone up there is just messing with us…..cause I said so.