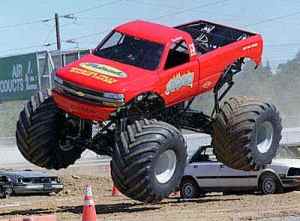 Do you ever have one of those days when it seems you are in the car all day long? Does it feel like even though you are out and going, you don’t really get anything done? I hate those days. Yesterday was close to one of those days. It wasn’t completely one of those days because I did get to see my fiance for a while and have lunch (sushi!) with my baby sister. Those were definitely good things in the day. The running around like a headless chicken came later, after lunch, when I was trying to get my new embroidery machine.

I have big plans for this machine. I bought one when I lived in Florida and had big plans for that one too. The problem was, the gal that sold it to me was a lying b….I mean, she didn’t give me correct information. It was a “great deal and you’ll love it!” didn’t quite cover the ‘you’ll never be able to buy software for this pathetic outdated machine’ problems I later faced. Don’t get me wrong, it was a great sewing machine. I loved it! But as far as embroidery, it was hard to use and very limited in the designs I could do.

The last time my sisters came over to sew and embroider things, I realized for the last time that the machine I had….that was taking up space…and pretending to be this great tool….was not what it appeared to be. I bit the bullet and took it in for a trade. The woman I spoke to at the store was very helpful and nice. I have a MAC and she wasn’t sure if I would be able to use the software on my computer so she wouldn’t sell the machine to me. She did do some leg work and called me later to say the manufacturer was coming out with MAC software so I should wait. I thought she was great to be so helpful!

Long story short, the software won’t be out for months and I don’t want to wait and there ARE other computers in my house so, I went back to buy the machine from the same lady. After all, she had been so very helpful. I won’t go into all the gory details, but after five days of talks, eight hours actually in the store, negotiations with foreign countries and a bribe of a live owlet….I have my machine. I admit, there were moments when the words “idiot” escaped my mouth about the ‘helpful woman’ but…all in all she was sweet, helpful, and just a little unsure of how to do her job. She gave me a really great trade in so, I’m done complaining.

During my running around between bank and store and talking on my cell phone (bad me)….I came to the conclusion that my life would be much easier if I drove a four wheel drive hummer or other all terrain beast. Why should I have to back up and go around all those curbs and parking ‘stops’ and medians? I mean, seriously…if I had a monster machine like that,  I could just go over them and save so much time and energy! I am pretty sure the world would be a better place if I wasn’t late, irritated and lost. The answer is four wheel all terrain power. I’ll be taking donations via paypal, check in the mail, or fine gems (I may just keep those tho…). You’ll be doing your part to make the world a more pleasant place…..cause I said so.

One thought on “red wings”