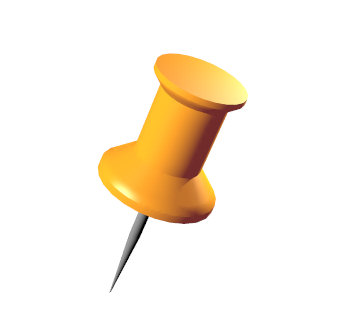 Day two of the fitness/science camp has been completed. There was no blood, toxic spillage, broken furniture, or lost children. I’m feeling pretty good about going into day three.

My sister is helping this week. What that means is, I am a lowly spectator/minion to her ideas. I have not seen her work with kids like this before. I mean, she works with “our” collective kids, but this is a whole new setting. She is pretty darn amazing. I’m so proud….wish I could take some credit, but I’m pretty sure she is awesome all on her own.

We made it snow in Arizona today. Yes, it was 5oo degrees out side, but inside the cafesneeziun at the ALA school, we had snow. It was pretty amazing. It wasn’t cold snow, but seriously, who wouldn’t want to have all the fun of playing in the snow without freezing their grapes (or other precious pieces) off? Sis got the ‘recipe’ for faux snow on Pinterest. If you are one of the three remaining people in the UNIVERSE that has not given into the seductive wiles of Pinterest, you are an idiot. Just do it. Everyone is doing it, one time won’t hurt….wait….wrong speech. What I meant to say is, Pinterest is “Where it’s at.” And what I mean by IT is, EVERYTHING! Need a recipe for chicken? Pinterest. Wanna find a cool way to refinish your aunt Ethels dresser? Pinterest. Need a recipe for foot scrub? Pinterest. Want to learn how to take pictures in any shape (found that today)? Pinterest. If you can think of it? It’s on Pinterest. You have now read the word Pinterest enough times to hypnotize you into joining. Basically, it’s amazing. And yes, I got rid of every time wasting thing on my phone like games, facebook, and messenger….but I kept Pinterest. Because, that’s where it’s at!

The faux snow was made from three cups baking soda mixed with half a cup hair conditioner. Yeah. Easy. The kids loved it and showed their love by spreading it not only all over the floor, each other and the school in general, but also their parent’s cars on the way home. THIS snow, never melts. It does, however, make a highly glossed cafenasium floor slicker than greased owl snot. This could be why I was so excited to not have blood today. The opportunity was wiiiide open.

One boy did have a small fall as he was attempting an over-the-table/bench-parcour-leap, but he was fine. I’m pretty sure I know why. When he arrived at camp today, he casually informed me that hey, “I’m wearing green lantern underwear.” Proof is in the pudding my friends, when he landed on first his jewels and then his knees when he hit the floor, he only whined for a moment.

I’m thinking I need some wonderwoman underwear. Green lantern may be amazing but, seeing as I’m a girl…I better stick with the girl heros. Cause I said so.

One thought on “De Briefing”