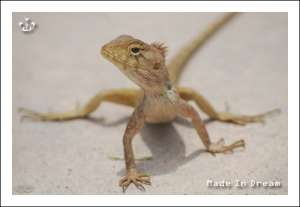 My sister is pretty amazing. She rides, runs, swims, parqors(?), and pretty much runs circles around me with her insane fitness routine. When I call her she is usually out on her bike or doing something active. It is really annoying. If I had been that active when I was her age….I probably would not be feeling as pathetic as I am now.

She has been trying to get me back out on my bike for weeks now. I was in big trouble with her when I fell and sliced my knee cuz it meant I wouldn’t be able to do the ‘tour de Mesa’ this spring. I also didn’t do the bike thing in Tucson last week cuz I just didn’t feel ‘ready.’  I honestly haven’t ridden much and I’m a bit intimidated by her. She regales me with her tales of ‘only’ doing 10, 15, 25, 30 miles this day or that. She managed to do 100 one day and even said what the heck and did the whole 75 miles in Tucson instead of the 25 she had planned. I don’t know about you but, 75 is like….three times 25. Amazing.

She finally got me out today. It was hard because I swear the universe is just sitting and WAITING for a spot on my calendar to slightly crack open a titch so it can stuff something in it for me to do. I seriously have no free time. Its a good thing I gave up sleep years ago.

We had glitches this morning with our riding plan but we perserveered and made it happen! I had my bike adjusted a month or so ago and it made a world of difference. I tell ya, in somethings….being a perfectionist is a good thing. I couldn’t believe all the tiny measurements the guy took to make the bike fit me just right. We’re talking adjustments down to millimeters. It was a bit OCD and I admit I rolled my eyes now and then, but I went with it. I am so glad I did! Apparently Robert Fulgrum (I think) was right when he said that (loose quote) ‘anything done really well is rocket science.’ Those guys at Two-Wheel Jones know what they are doing!

I did really great on our ride I think. Rachel chose our route, (good thing because my choice would have been around the block twice) and I didn’t really know what to expect. If I had known….I probably would have had a much harder time. It didn’t get hard until she mentioned we had already gone 12 miles. Curse her! Of course, that is when it started going ever so slightly up hill too so….coincidence?? Anyway, I did really great. She fed me a few ‘super energy gummy gum drops’ that she had been keeping warm and squishy in her pocket (hello Ferris Bueller) and it made a big difference too. I felt a bit like a puppy that was getting treats for doing good but…it worked.

The highlight of the ride for me was when we were going around a nice big loop by the airport and I noticed a lizard running in the gutter. He was BOOKING! He was ahead of me, beside me, and then…I passed him! Yes indeed….I went faster and maybe even farther than a lizard. That guy is a real native AZ fellow and looked to be in excellent shape so, I’m feeling like  a super star today! I went, I saw, I conquered. Maybe I will go riding again before another month goes by. Who knows, maybe next time I will pass a roadrunner or something! Look out AZ desert creatures, I’m coming!….cause I said so.