the pie in the sky 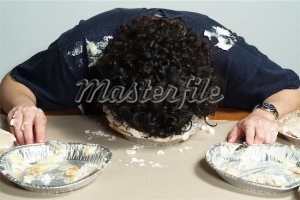 Today was national Pie day. In case you missed out, I hear you are still allowed to eat pie the rest of the week in honor of this sacred day. It really cracks me up that there are so many “national day.”  Who comes up with these? Why was it pie day? Did someone just decide they needed to give the poor pies some recognition? I mean, they do a lot of work around the holiday in the fall and winter, but during the rest of the year they are mostly forgotten so, hey, let’s give them day so people will remember them. Honestly….who could forget about pie? I mean, I could basically live on pumpkin pie. I would begin to look like a pie really quick if I did tho….

Although pumpkin is my favorite, (and more precisely MY pumpkin pie), I did not partake of that particular flavor today. When my boyfriend told me he was on his way over today, I very SWEETLY suggested he bring a pie in honor of the day. He and I think alot alike….we didn’t want the regular ‘flavor of the day’ pie, we wanted something a bit out of the normal. Interpret that to mean a pie I was not likely to make ….. ever again. Lemon meringue and pecan were my first choices. Although I do love both of those pies, they are just too darn hard and time consuming to make. You may argue the truth of that statement in regards to the pecan pie, I wouldn’t know the truth because I have never actually made one that I can remember.

When he showed up, he had three pies. (such a sweetie!) Peach, blackberry and Coconut cream. He also had three different flavors of ice cream. I may or may not have said that if a berry pie made it home with him it needed to have it’s best friend Ice cream….I plead the fifth. The blackberry and its cold friend were my favorite. I was good and only had a small slice. The scary thing is that it is calling me, right now, from the other room….saying…”if you don’t come get me, you know the kids will eat me for breakfast before you get your lazy butt out of bed…” But I will be strong! I will not be swayed by it’s light, flaky crust or its amazingly flavorful berries….besides. The ice cream is put away out in the laundry room freezer and I would get cold getting it out. How sad is it when you too lazy to eat junk food? I’ve reached it.

Although a high point in my day was my sweetie bringing me sweets, it is a close tie with the other event I enjoyed today. Today I went to my first ANWA meeting. ANWAY stands for American night writers association. It is a group for LDS women writers. I have thought about going for over a year now and I finally made it. Can I just say…..I was so darn excited to be there I felt like the gal in the surprise party skit from SNL….I was sure my hands were going to be paralyzed. I wanted to put them up to my face and say, ‘I”m so freekin excited!” but I wasn’t sure if I would be laugh with or at so, I withstood the temptation.

The group was very supportive of everyones writing and friendly. I was afraid to read any of my writing at first, but deep down (not so deep) I really really wanted to! I put it off til I was the last person and then I just jumped it! It was liberating to share with this group of women. They said nice things, constructive things, and best of all…..better than ANY words they could have spoken…they laughed at all the right parts! It made me feel really good.

Another reason it took me over a year to get to a meeting was because of two very valid concerns. 1, I was afraid someone would steal my story, and 2. I was afraid I would steal someone else’s story. After hearing several other people share what they had written, I realized I had nothing to worry about. Everyone there had a totally different style and story.  They were all good stories, but they were not MY story. They had no place in my story. It really confirmed my notion that the stories I write are like floating bags of tang. If I stick my straw up in the right area, I can draw the story down my ‘straw’ and into my computer. The bags can share their tang, and they are complete on their own.  I know, kind of a weird image, but it is how I see it.  I’ve always felt like I was just being fed a story that already existed.

I love writing…..it makes me feel like I have some sort of purpose. I’m a “tang bubble sucking story extracting wanna be writer.”  Can’t really think of anything I’d rather be…..cause I said so.

One thought on “the pie in the sky”